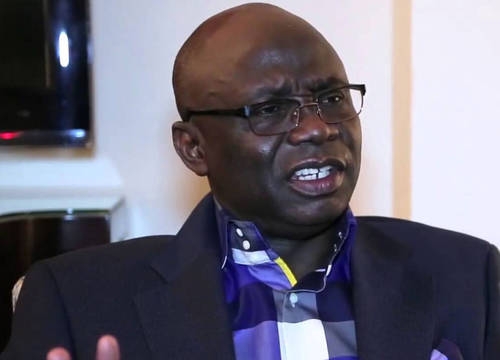 Pastor of the Latter Rain Assembly and one of the conveners of the Save Nigeria Group, Tunde Bakare, has given a no-holds-barred interview on what he knows about some of Nigeria’s leading political figures.

Speaking in the second edition of The Interview magazine, which hits the newsstand this week, Mr. Bakare revealed how President Muhammadu Buhari chose him as running mate in 2011 and the role of the-then National Leader of the defunct Action Congress of Nigeria (ACN), later the All Progressives Congress (APC), Asiwaju Ahmed Bola Tinubu, and the drama that followed.

“When I first spoke to Tinubu about it (after Lai Mohammed had come to tell me that the ACN wanted me to persuade Buhari to be the party’s flag-bearer), he (Tinubu) said, ‘the greatest mobiliser in the South West will be his running mate….’”

It’s a riveting story.
Apart from describing how former President Goodluck Jonathan’s minion, Godswill Orubebe, chased him (Bakare) with a $50,000 “gift”, Bakare ascribed Jonathan’s failure to his lack of capacity. “At best, he worked with some botanical things” before his odyssey to fame and power, said the fiery man of God.

In an interview that he would later say “drained him of virtue”, Mr. Bakare did not mince his words about the leadership tussle in the South West, the challenges before Buhari and his potential role in Buhari’s government.