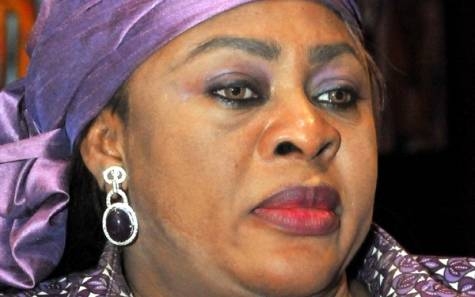 Officials of a company belonging to former Aviation Minister, Stella Oduah, has asked a court to prohibit the Economic and Financial Crimes Commission (EFCC) from investigating them on an alleged loan scam involving N142 million.

Apart from the EFCC, Union Homes Saving and Loans Plc. and a Lagos lawyer, Ken Ahia, are also joined as co-respondents in the lawsuit. The applicants’ lawsuit was provoked by letters of invitation the EFCC sent to the former minister and other directors of her company to respond to a petition by Union Homes Saving and Loans accusing them diversion of the bank’s funds.

The financial institution’s petition, dated February 6th, 2015, accused Mrs. Oduah and her company of owing the bank N140 million, adding that the debtors had failed to pay back despite several concessions by the bank. The petition also asserted that the delinquent company and its directors are fully capable of repaying the loan.

Signed by the bank’s head of debt recovery, K.M. Theophilus, and a consultant in charge of special recovery, Inam Ukotak, the petition by Union Homes Savings and Loans urged the EFCC to investigate the matter.

To stop the EFCC, the executive director of Sea Petroleum and Gas Company, Mr. Enechukwu, initiated a lawsuit to enforce the firm’s “fundamental right.” In the lawsuit, filed by a Lagos-based lawyer, A.O. Agboola, the debtor firm disclosed that Sea Petroleum and Gas Company borrowed funds from Union Bank Plc. and Union Homes Savings and Loans to buy numerous houses at Millennium Homes, Oniru, a private estate in Lekki in 2007. The purchased homes were meant to accommodate the company’s senior staff.

In the lawsuit, the company declared that Nigeria’s economic downturn between 2008 and 2009 rendered the company unable to meet its payment obligations to Union Homes Savings and Loans. The lawsuit also claimed that the two parties agreed to restructure the loans rather than have the loans classified as bad debts, which would have resulted in the applicants’ loss of their residential apartments. Consequently, Union Homes issued fresh letters of offer dated December 31st, 2009 to the applicants.

Mr. Enechukwu claimed that the total amount of mortgage loans to the applicants and Mrs. Oduah was N422.5 million as May, 2014. According to the lawsuit, the various officials of Mrs. Oduah’s company had repaid N367.9 million to Union Homes Savings and Loans.

The lawsuit added that, despite the applicants’ good faith efforts to repay the loans, they received a letter of invitation of invitation by the EFCC on March 2nd, 2015, in connection with the mortgage loan. It accused the bank of using the allegation of diversion of funds as a ruse to give the contractual issue between the parties a veneer of criminality in order to justify using the EFCC as a debt recovery agency.

Consequently, the applicants urged the court to declare that the threat of their arrest and detention by the EFCC at the behest of Union Homes Savings and Loans and Mr. Ahia would be a gross violation of their constitutionally guaranteed fundamental rights.

They asked the court to restrain the respondents and their agents from arresting and detaining them in respect of their contractual obligation to Union Homes Savings and Loans limited.

In its counter affidavit, signed by its official, Chika Onwubuya, Union Homes Savings and Loans asserted that one of the conditions for the loan to Mrs. Oduah’s company was that it maintain the salary accounts of the applicants with Union Bank, the parent company of the mortgage lender. He disclosed that, on receipt of the loans, Mrs. Oduah’s company fraudulently diverted the applicants’ salary accounts, thereby deceiving the mortgage bank.

The mortgage company also accuses Mrs. Oduah of using some of the applicants as fronts to collect loans from Union Homes Savings and Loan.

Mr. Onwubuya accused the applicants of consistently frustrating the mortgage lenders’ efforts to have access to the title documents of the property that is part of the collateral used to secure the loans. He said the lender approached the EFCC after discovering that Mrs. Oduah had used some of the loan recipients as fronts and that her company had fraudulently failed to meet other loan conditions.

The mortgage lender also told the court that Mrs. Oduah’s firm had not repaid the outstanding sum of the loan despite its promises to do so. Their lawyer accused the applicants of filing a lawsuit in order to stop the EFCC from investigating their criminal conversion of loans obtained by false pretense. He urged the court to serve the interest of justice by dismissing the lawsuit by Mrs. Oduah and her directors, adding that EFCC agents should be allowed to perform their statutory duties to recover the proceeds of fraud and return same to the mortgage lender.

In another counter affidavit, an EFCC operative, Olusegun Oloruntuyi, stated that the anti-corruption agency was simply carrying out its statutory duty of investigating allegations of crime, adding that the applicants had not honored the EFCC’s invitation.