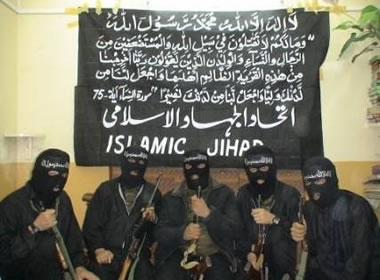 Gunmen shot and burned the students of the college of Buni Yadi, a secondary school in Yobe state

Gunmen from Islamist group Boko Haram shot or burned to death 59 pupils in a boarding school in north-east Nigeria overnight, a hospital official and security forces said on Tuesday.

"Some of the students' bodies were burned to ashes," police commissioner Sanusi Rufai said of the attack on the federal government college of Buni Yadi, a secondary school in Yobe state, near the state's capital city of Damaturu.

Bala Ajiya, an official at the Specialist Hospital Damaturu, said the death toll had risen to 59. "Fresh bodies have been brought in. More bodies were discovered in the bush after the students who had escaped with bullet wounds died from their injuries," he said.

Rufai, who had given an earlier estimate of 29 killed, said all those killed were boys. He said the school's 24 buildings, including staff quarters, were completely burned to the ground.

President Goodluck Jonathan called the attack "callous and senseless murder … by deranged terrorists and fanatics who have clearly lost all human morality and descended to bestiality".

The Islamists, whose struggle for an Islamic state in northern Nigeria has killed thousands and made them the biggest threat to security in Africa's top oil producer, are increasingly preying on the civilian population.

Militants from Boko Haram, whose name means "western education is sinful" in the northern Hausa language, have frequently attacked schools in the past. A similar attack in June in the nearby village of Mamudo left 22 students dead.

They have killed more than 300 people this month, mostly civilians, including in two attacks last week that killed around 100 each, one in which militants razed a whole village and shot panicked residents as they tried to flee.

That attack prompted US secretary of state John Kerry to condemn Boko Haram for "unspeakable ... acts of terror".

The failure of the military to protect civilians is creating anger in the north-east, the region worst affected by the four-and-a-half-year insurgency. An offensive ordered by Jonathan in May has not succeeded in crushing the rebels and has provoked reprisals against civilians.

A military spokesman for Yobe state, Captain Lazarus Eli, said "our men are down there in pursuit of the killers", but gave no further details.

Addressing a news conference on Monday, Jonathan defended the military's record, saying it had had some successes against Boko Haram. He said Nigeria was working with the Cameroon authorities to try to prevent militants from mounting attacks in Nigeria and then fleeing over the border.

The military shut the northern part of the border with Cameroon on the weekend.

The insurgents mostly occupy the remote, hilly Gwoza area bordering Cameroon, from where they attack civilians they accuse of being pro-government. They have started abducting girls, a new tactic reminiscent of Uganda's cult-like Lord's Resistance Army in decades past.

theguardian.com © 2014 Guardian News and Media Limited or its affiliated companies. All rights reserved. | Use of this content is subject to our Terms & Conditions | More Feeds
View original article